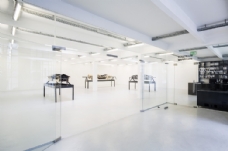 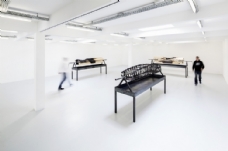 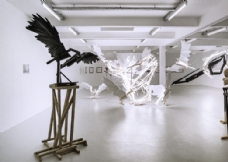 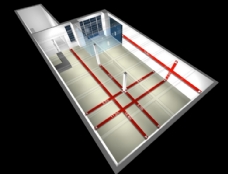 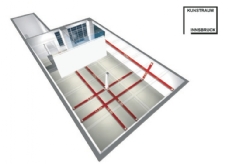 Kunstraum Innsbruck has opened his doors in 1996 as a non-profit association. The goal of the KUNSTRAUM INNSBRUCK is to enable encounters with the phenomena of contemporary art in the form of exhibitions, lectures, discussions, artist talks, readings and concerts. The building in which Kunstraum Innsbruck is located, was built in the 1930ies and used to be a paper storage. In the sixties it was used already occasionally as an alternative space for low budget art exhibitions. In 1996 it was restored and adapted completely on private initiative, a modern exhibition infrastructure was given. Since then, Kunstraum Innsbruck is run as a non-profit organisation, subsidized by city of Innsbruck, county of Tyrol and state of Austria. In 2004 the space of Kunstraum Innsbruck was divided by half and is now divided into the exhibition space, projectroom, office and library, together about 168 square metres. The other half of the hall hosts the Gallery Thoman.

The program includes five exhibitions per year. The focus is on international, contemporary art; with solo-exhibitions mainly shown.

The executive board is being represented by Daniela Mühlberger (chairlady), Charlie Zimmermann (co-chairman) and Mag. Simone Fuchs (treasurer).

Kunstraum Innsbruck is supported by city of Innsbruck, state of Austria, county of Tyrol, Innsbruck Tourism.